How California farms can survive the post-pandemic world 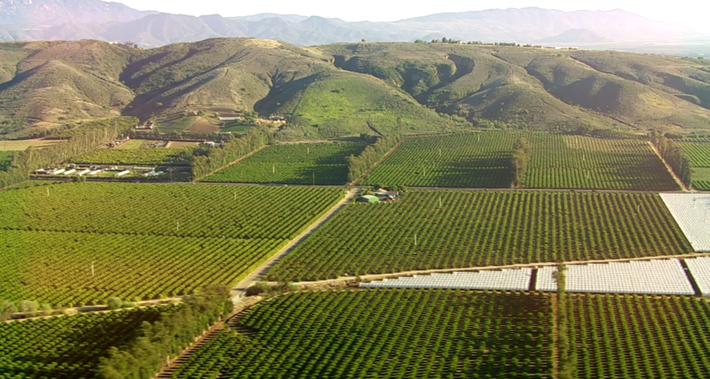 Growers will need to find new ways to market their products, such as shipping farm boxes directly to consumers.

Amid the coronavirus pandemic, few industries have been quite as essential to the nation as agriculture.

From pickers crouching for nine hours a day to scoop up strawberries to CEOs making handshake deals to keep their companies afloat, hundreds of thousands of workers are feeding America. But, in many ways, the pandemic is forcing farmers to reevaluate how they do business.

Across California, nearly 60% of farmers have lost significant revenue, washing their milk down drains, beefing their dairy cows and ploughing under their lettuce and other crops, according to surveys carried out by the California Farm Bureau Federation and the Monterey County Office of Agriculture.

As a result, industry leaders say they expect to see shifts in the way growers do business. One priority will be finding new markets for their products, such as farm boxes sold directly to consumers.

The pandemic “has changed the food supply chain for our country in ways we could never have imagined before in terms of restaurants and schools being closed, “ said U.S. Rep. Jim Costa (D-Calif.), who is a Central Valley almond farmer. “In the last 30 years, we’ve developed a complicated supply chain…This is a new wrinkle.

“We’re in uncharted waters. Those that adapt are the ones that are able to succeed.”

Half of growers said they lost income
Produce agriculture is dominated by large companies that handle cooling, packing and shipping of produce. They contract with smaller farmers to provide a certain amount of pallets or cartons of berries, lettuce or carrots; those, in turn, are harvested and packaged by farmworkers.

Their labor keeps the farms running, but where food goes after it has left pickers’ hands is a complicated web, weaving through packing houses, cooling plants, refrigerated trucks, planes, CSAs, the foodservice industry and grocery store shelves.

And farmers have lost income as different avenues of revenue have been shut down or cut off. California’s $50 billion farming industry has taken a significant hit.

More than half of growers surveyed by the California Farm Bureau Federation said that they had lost customers or sales due to COVID-19. In addition, nearly half said they or someone in their immediate family had lost income from an off-farm job.

A vehicle drives along a field in the Salinas Valley, where farmworkers labor to harvest and pack the food stocking groceries on May 2, 2020. Photo by David Rodriguez, The Salinas Californian
Nearly 60% of the farmers attributed losses to the pandemic as shelter-at-home orders closed customers’ businesses, farmers’ markets shut down and international customers canceled orders over health concerns. Of the respondents, 24% also said they had to furlough, lay off or terminate workers, primarily due to the downturn in orders.

“Many thousands of tons of good produce were lost,” said Western Growers’ Association President Dave Puglia. Although a lot of the produce went to food banks, still more was ploughed under or sent to landfill.

“I’ve heard a lot of people saying, ‘That’s good food, how can you let it go to waste?’” Puglia said. “We’re trying, but the infrastructure can’t handle that quickly, especially with cooling requirements.”

In Texas, home to a $22-billion agricultural industry, Texas A&M University researchers estimated farmers could lose between $6 and $8 billion due to the pandemic.

Across the U.S., farmers will lose $20 billion in net income this year, according to an updated economics report published last month by the Food and Agricultural Policy Research Institute at the University of Missouri.

Report by the Food and Agricultural Policy Research Institute
Produce growers alone could lose as much as $4 billion, they say. And the Salinas Valley, nicknamed the Salad Bowl of the World, is likely to see a large chunk of its 2020 revenue disappear.

“We’re looking at a situation with a lot sharper – or very big decline in farm income relative to what had been expected,” Patrick Westhoff, the director of Food and Agricultural Policy Institute said. “It’s a much tougher time for farmers than we would have guessed a few months ago.”

The decline in consumer spending will suppress demand for farm products, forcing prices down, the report predicts. Revenues for “other” crops — such as fruits, vegetables and nursery crops — are expected to decline $4 billion in 2020, and drop another $1.6 billion in 2021, the April report estimates.

Monterey County Agricultural Commissioner Henry Gonzales oversees an $8-billion industry on the Central Coast of California. While the diversity of crops grown in the Salinas Valley is a strength, and farmers have already begun to sow new crops in anticipation of a “normal” season, Gonzales feared losses to growers in his region alone would cut deep.

Farmers that come through this will need to diversify their sales portfolios with buyers across different industries, such as grocery stores, foodservice and CSAs.

“Farmers are price-takers, not price-makers,” Costa said. “For farmers, COVID-19 is another new uncontrollable factor that they’ve never had to deal with before.”

Farmers have been dealing with added expenses in providing personal protective equipment, increased safety measurements such as additional bathrooms or more frequent trips to transport smaller crews of workers. They’ve also lost money while the market dwindled, and only now are some companies launching new products to bridge the gap between product and demand.

“We are looking at our assortment of products and anticipating the needs for the future, not just today,” Scott Grabau, president of Salinas-based lettuce giant Tanimura & Antle said in a statement provided to The Californian. “It is not a question of ‘if we continue to plant the same number of acres,’ it is a question of ‘what do we plant in our acres.’

“It is not in our nature to quit and 38 years of operating a successful company is not by accident,” he wrote.

Tanimura & Antle, which farms more than 36,000 acres annually, recently launched Harvest Select, a mixed box of produce for direct purchase by consumers. According to California Farm Bureau Federation President Jamie Johansson, many growers are exploring or have launched similar products or CSAs.

Johansson, who was elected to his position in 2017, is an olive farmer and olive oil producer. He worries about the likely loss of small farmers and consolidation under larger companies.

“What the future of farming looks like is going to depend on what kind of California am I living in right now,” said Johansson. “We’re looking at a $450 million deficit…that’s an epic deficit.”

Johansson reflected on the 2011 state deficit, which resulted in more than $30 million in cuts to agricultural programs. Simultaneously, he said, he recalled a study that showed regulatory costs per field have increased 600 to 700% and forced consolidation on farmers who otherwise would not have survived.

This time around, he said, diversification of locations could be key to survival.

“I think everyone’s going to be looking at diversifying their operations,” said Johansson. “Do you want to have a farm in multiple places in California just to kind of hedge your bets? It’s not to become a monopoly, but just simply to protect yourself and at least survive for another year.”

‘Not just a tool’
Puglia of WGA mulled over the changes that might be forced on growers. Farmers, he said, are risk-takers. They have to be, what with all the factors they can’t control: market price, weather and the size of other farmers’ crop hauls among them.

“The watchword here is risk,” said Puglia. However, he added, he was optimistic.

“Farmers…are very smart about picking up market signals and adjusting their business models to meet market demands,” said Puglia. “It won’t be seamless, but I’m confident this industry, with all of its agility and innovation, will adapt and will come out of it maybe even in some ways better, although we will lose some farmers.”

Between 500,000 and 800,000 farmworkers reside in California, accounting for between a third and a half of all farmworkers in the nation, according to the nonprofit Center for Farmworker Families.

In Monterey County alone, 41% of people diagnosed with COVID-19 work in agriculture. Many live in the Alisal, a Mexican and Mexican-American community within Salinas that has the highest concentration of coronavirus patients in the county. As of May 17, 94 people there have tested positive for the virus.

Health experts say overcrowded conditions such as the ones agricultural workers live in can hasten the spread of COVID-19.

Still, the demand for their labor has not dropped.

“Most of their clients still need to get their crops harvested, thinned, pruned, suckered,” said Sandoval. “There’s disruptions this year and there’ll be some short-term pain for people in the ag industry, but most of them seem to be continuing with their ongoing labor needs out there.”

United Farm Workers Foundation Director Lauro Barajas agreed with Sandoval. Furthermore, he said, he would like to see farmworkers better able to socially distance in the future, should there be another outbreak. That means growers not returning to packing buses, keeping crews small and ensuring that people are able to keep significant space from one another as they work, and on the way to and from work, he said.

Many farmworkers also have seen their own costs increase during the pandemic, thanks to the additional cost of childcare. Still, others have contracted the virus and become ill themselves.

“It’s important that the growers and the public understand that the farmworkers are not just a tool to work,” said Barajas. “They are human beings and need to be respected.”

This article is part of The California Divide, a collaboration among newsrooms examining income inequity and economic survival in California.

USA Today contributed to this story. 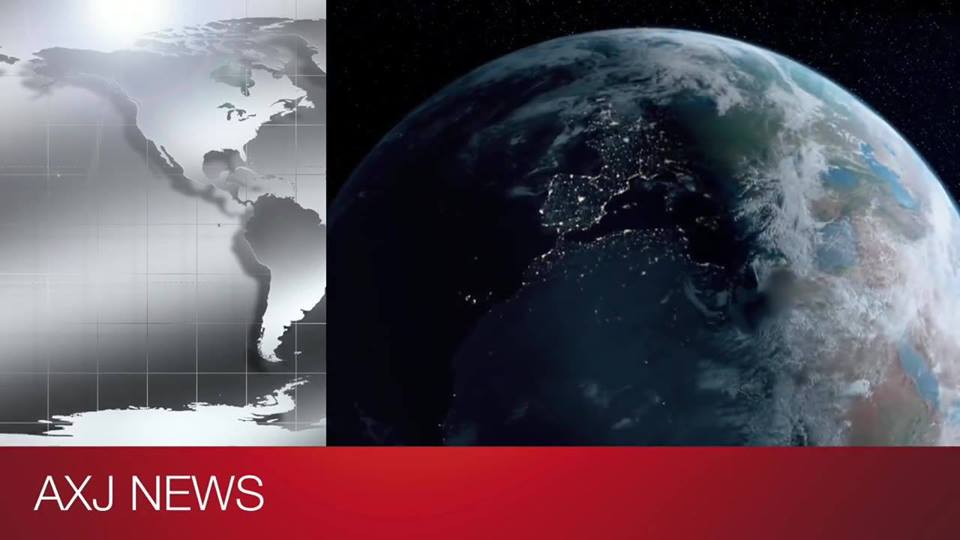