I’ve waited nearly two years for this moment. Many of you have waited even longer. You’ve lost your homes. You r sense of security. Your dignity. Trust me, I get it. Please know, though, that this fight is just beginning. Already an international, best-selling book, People v Money is now public.

As you know, I devoted my time, energy, and career - indeed, most of my adult life - to helping homeowners mired in the foreclosure process. It was truly one of the great joys of my life. My journey began in 2008, when I saw the devastation suffered by millions of Americans during the Great Recession. Families. Children. The elderly. Disabled. Single mothers. After using our money to bail out the same banks that crashed the world economy, our government turned its back on the American people. Millions whose only sin was buying a home between 2004 and 2007 were left to fend for themselves.

Corporate America and mainstream media would have you believe this is old news, as the economy has improved. I disagree. Nearly 80% of Americans live paycheck to paycheck. Half have no money in savings, and more than half have nothing saved for retirement. Big business points to the stock market as evidence that America is thriving, but over 90% of all stocks are owned by 20% of Americans. With income inequality at an all-time high, home ownership is impossible for a record number of Americans. The most telling statistic? Home prices have increased more than 500% since 1980, yet the average person's income has gone up just 25%.

I understand these statistics because I saw how you lived. That's why I worked so tirelessly - as one appellate judge testified, "the busiest lawyer in private practice" - to change these dynamics. Though I enjoyed unprecedented success - 7,000 cases, 1,200 trials, 110 Oral Arguments, and 2,000 wins in an area of law where no other attorney won 200 - it often felt like the harder I tried, the more my efforts were met with vitriol, hostility, and hatred. Indeed, the banks and their lawyers spent years not merely trying to take your homes, but angling for ways to destroy me - with the court system all too willing to help.

For a long time, I struggled to understand why. In recent years, I started to put the pieces together. When banks hired private investigators to manufacture anonymous, unsworn allegations against me (because my work on behalf of consumers cost the banks hundreds of millions of dollars), I believed the judiciary would see through their lies. Alas, just as it let down so many of you, the system let me down, too. Instead of carrying out their role as gatekeepers of justice in a free society, many of the judges entrusted to administer justice for the benefit of millions of Americans are corrupt to the core. When I unveiled the depth of their corruption and began exposing it, these corrupt actors aligned with a handful of giant corporations to attack my reputation, career, and freedom - parlaying accusations they knew to be false into an effort to silence me and prevent my dissemination of a tell-all book. How horrific is this story? How deep does the corruption run? Many people who know the details of what I'm sharing have feared that I'd be murdered, forcing me to live the past few months with a “dead man’s switch,” ensuring this book would be published in the event of my passing.

Fortunately, that is all in the past. Today is a new day - not just for me, but for all of us.

My website, www.peoplevmoney.com, contains everything you need to understand this story - everything the system did to me, you, and homeowners throughout Florida - and begin the process of change. The home page of my website includes the book cover and summary, with links to "Buy the Book." The "Judicial Disclosures" page is a compilation of data unlike anything you've ever seen, laying out the personal finances of dozens of judges whose ethical misconduct permeates the book. The Foreword, Introduction, and Chapter 1 are accessible on the "Start Reading" page - all free of charge. With a few clicks of a mouse, you'll understand why People v Money is already an international best-seller. You'll see why readers are calling it "the biggest exposé on the judicial system of our lifetime." You'll realize what happened in America in the past decade - trillions of dollars systemically taken from low and middle-income families and handed to big banks, corporations, and wealth investors - and identify it for what it is - the largest redistribution of wealth in modern U.S. history. You'll understand that if We The People don't join forces now, Corporate America and corrupt government will continue their eradication of middle-class America, destroying what remains of our democracy and transforming our great nation into an oligarchy.

After years of false attacks by corrupt actors angling to silence me, some will wonder about my motivation for publishing this. What do you think? Re-read my many Facebook posts over the years (feel free to friend me on Facebook for better access) and you tell me: why do you believe I worked so tirelessly to help you and so many other homeowners? Why do you think I worked on this book every day for a year, transitioning from attorney to investigative journalist and spending tens of thousands of dollars of my own money to bring widespread corruption into public consciousness? Do you think I’m angry? Want revenge? Or is my goal what it’s always been - to change government for the benefit of 200 million Americans who are suffering in silence as corrupt politicians align with big business to preserve their own positions in office and get rich? Call me crazy - and some have - but I refuse to stay silent while a few hundred judges rig an entire system of government to the detriment of so many.

If any of this sounds hard to believe, just look around. With the 2020 election cycle in full swing, many politicians admit the U.S. government is corrupt. Several Presidential candidates openly label our economy “rigged” or “broken.” Despite these pronouncements, I fear that many Americans don’t grasp the extent of the problem. After all, the six billionaires who control mainstream media systemically conceal the truth about Corporate America. That's why one Presidential candidate recently lamented America "lack[s] real journalism," as "a small handful of companies control everything you watch, read, and download."

My goal? It's no different today than it's been at any point in the past decade. I want to root out government corruption and help change an economy that is rigged in favor of the rich and powerful. Through much effort and immense pain, I've learned that I cannot do it alone. The forces of evil are too strong, and government corruption is too rampant, for one person to succeed in this endeavor. Together, though, We The People can prevail. That's why my website includes a "Join the Movement" page, brainstorming ways to spread this message to the masses. That’s also why People v Money is subtitled "Big Business, Judicial Corruption, and You."

This won't work without you. And it won't happen if we keep arguing along two-party lines. That's what the establishment wants, to keep us divided and enable our "public servants" to shirk the collective will of the people for their own benefit. Indeed, to fix our government, we must frame the battle appropriately - not as Republicans v Democrats, but People v Money.

I'm so confident that People v Money will change your perspective on the world, and inspire you to help effectuate change, that I'm risking my personal safety to bring you this story. Please don't leave me hanging. Help me. More importantly, help the hundreds of millions of Americans who have been marginalized in modern-day America. Tell your friends. Family. Neighbors. Contact the media. Write your local Congressman. Call your local representative. Share this story on social media. Be the change you want to see.

This message might sound grandiose. I get it. That said, I am one person who is providing indisputable proof of corruption at the highest levels of Florida government. The Florida Supreme Court. The Governor's mansion. The Attorney General's office. If I can do all of this by myself, can you imagine what we can accomplish together?

To help get the ball rolling, I'm mailing a copy of People v Money to every U.S. Senator and every Florida legislator. I'm also disseminating this message in a press release in the hopes that the Government Corruption units of the DOJ, FBI, or SEC will take appropriate action. Lest that sound extreme, take a look at the evidence I've compiled. Indeed, the proof of widespread, decades-long corruption is so indisputable that I'm naming names and insisting upon wholesale changes to the system. With your help, We The People will make these changes stick - ensuring that millions of Americans rendered impotent by corrupt government have a voice in courtrooms throughout America.

In the Eighteenth Century, a collection of brave individuals ceded from Great Britain and created a new government - what we now know as the United States of America. At the time, they proceeded on one, simple premise: "no taxation without representation." Indeed, America was founded on the notion that all Americans deserve a voice in government. Should today be any different?

Welcome to the Civil Rights Movement of our generation.

I will forever be sorry to those of you who lost your homes. Amidst impossible circumstances, I hope you know that I always did my best.

Thank you to everyone who has believed in me and supported me, particularly in recent months. I love you all. BECOME A RESELLER AND MAKE $$$ NOW! PUBLISH AND MAKE MONEY! 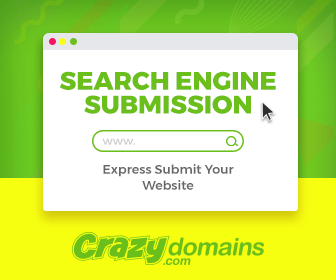 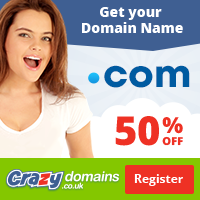